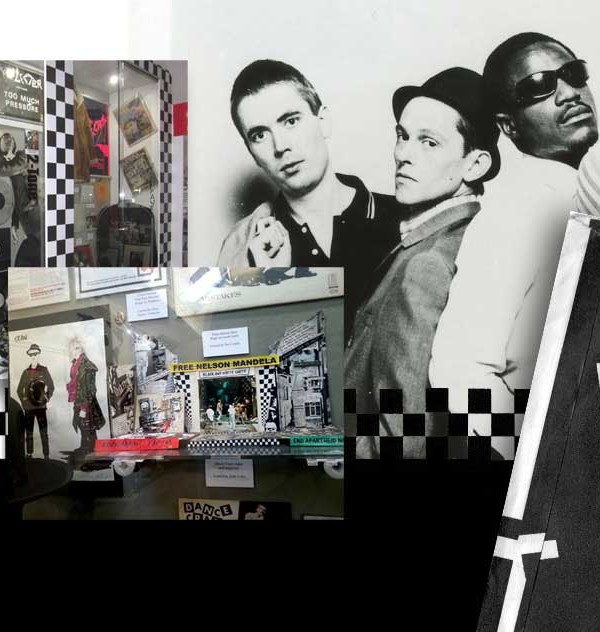 For eighteen glorious months2-Tone Records dominated the charts, with its roster of ska infused talent with the likes of The and The Selecter from Coventry, Birmingham’s The Beat, and Madness and The Bodysnatchers from London.

Their infectious rhythms, and finger-on-the-pulse lyrics, inspired not only the great record buying public, but critics and journalists alike. The multi-cultural sound was hip and trendy. Punk and its phoney battle cries of “anarchy” and “destroy”, had been replaced with introspective lyrics, and songs that made you dance, made you listen, and more importantly, made you think. Never shying away from facing issues head on, teenage pregnancy, knife crime, racism and urban decay.

The black and white imagery was the perfect foil for the multi-racial line-up of the bands and the cultural mix of musical influences, how could it fail, like the Beatles own Apple Record before it, anything on 2-Tone was a sure fire hit. Coventry previously famous for Lady Godiva and Blitz and its post-war regeneration, had arrived, we were on the music map. “The Coventry Sound” was here.

It’s here that every Rude Boy and Rude Girl, will feel right at home.